Hitech had a successful weekend in Bahrain, with Russian driver Mazepin claiming P2 in his sixth podium of the season in the penultimate round of the FIA F2 Championship.

Clocking mileage around the 5.412km circuit during Friday’s practice session, the Hitech duo showed their eye-catching pace around Bahrain, with Mazepin topping the timesheets. Ghiotto slotted into the top-10, taking P6. Later in the afternoons qualifying session, the squad set the grid for the Feature Race. Mazepin took P7, Ghiotto qualified in P20.

In Saturday’s Feature Race, Mazepin finished the hour-long battle in P5, collecting points for the team. Italian racer Ghiotto crossed the line in P12 after starting 21st on the grid due to a penalty.

P2 in the Sprint Race

In the reverse-grid Sprint Race, Mazepin showed his expert race craft, taking P2 and claiming his sixth podium of the season. Ghiotto was forced to retire from the race in the latter stages due to a mechanical issue.

Mazepin moved up to third in the standings and kept himself in the title fight heading into the season finale. 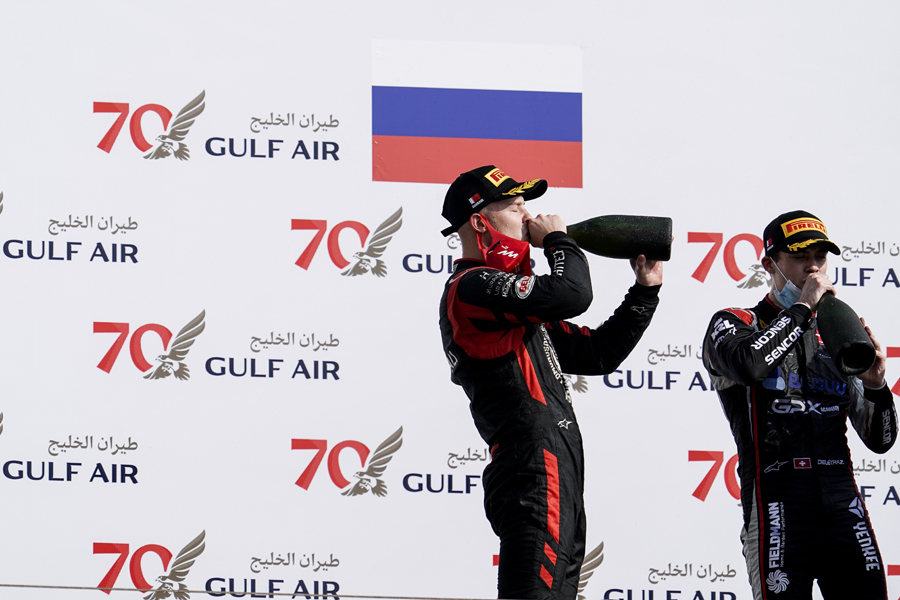 Hitech are currently 3rd in the FIA Formula 2 Championship, with 226 points in only their rookie season. The FIA F2 Championship will return next week in Bahrain, as the 2020 season comes to a close at the iconic Sakhir circuit on 4-6 December.

Hitech back on podium at Silverstone home race