Hitech Grand Prix secured their second race-win this season, with Russian driver Nikita Mazepin taking the top step in Saturday’s Feature Race. In Mazepin’s maiden Formula 2 win, the team took victory on home soil at the British GP, claiming a points haul to extend the Silverstone-based outfit’s position, which sees them in 4th place in the standings. 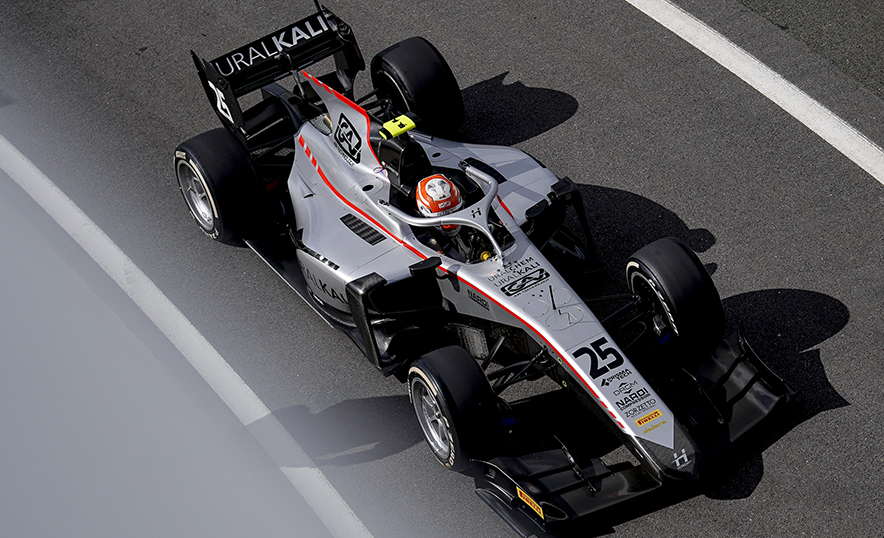 The Hitech duo of Mazepin and Ghiotto set the pace around Silverstone’s iconic circuit, firing in 23 laps between them in the thirty-minute qualifying session. Mazepin slotted into the top-five, qualifying in P5 with a 1:39.963 lap. Team mate Ghiotto qualified in P13, setting a lap of 1:40.421 to lock the Feature Race grid on Saturday.

Mazepin’s turnaround of form continued as he followed up his first Formula 2 podium in the previous round at Budapest, with a maiden F2 win at Silverstone. The win marked the team’s second F2 win to date, and a home race victory. Making a solid start off the line, Mazepin made light work of moving up the grid. After pitting for a fresh set of tyres, He had his eyes firmly fixed on the top step and despite being on the hard tyres, his pace remained relentless. He crossed the line in P1 with a margin of 5.3s over Zhou in an outstanding drive. 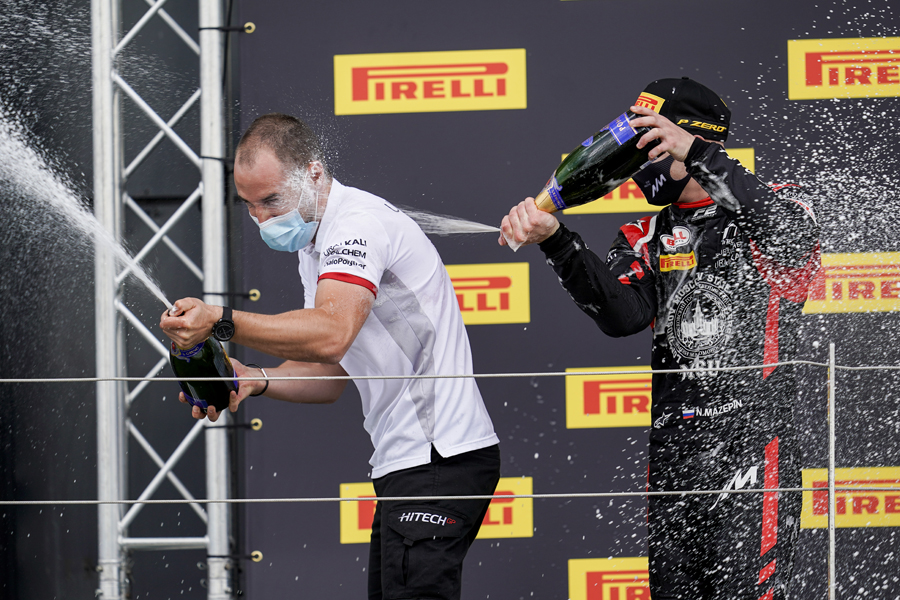 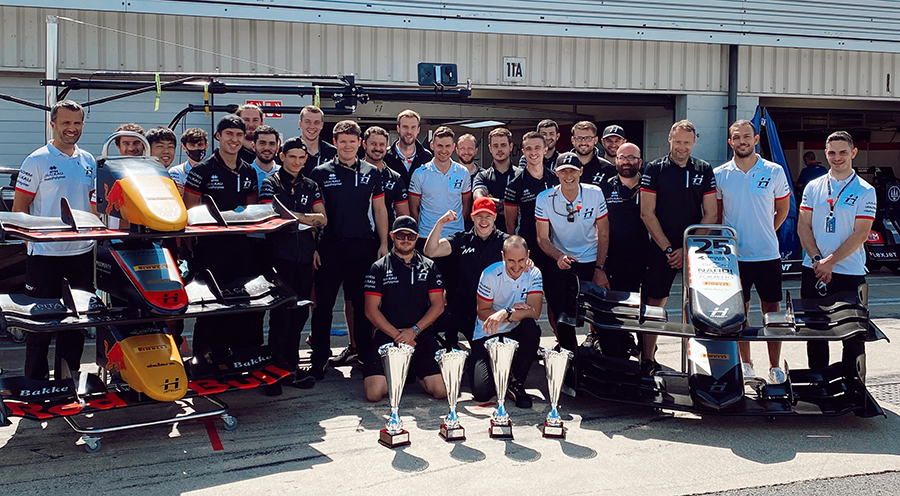 In Sunday’s Sprint Race it was all to play for as the team embarked on a reverse grid, with Mazepin starting in P8 and Ghiotto in P17. Mazepin was able to carry his pace into the Sprint Race, holding off the pressure behind him to cross the line in a points-paying position, in P5. Mazepin currently sits 4th in the standings, with 58 points to his name. Ghiotto managed to rise up the order to P9 but finished the race in P19, following a late retirement from the race on the closing laps due to a mechanical issue. The Italian sits 12th in the driver\’s championship, with 27 points.

Nikita Mazepin on his win:

“I am extremely happy, but it is a little bit difficult to put how I feel into words because it was reasonably unexpected. There was so much going on that I wasn’t really thinking about leading the race.

“I am extremely happy because it really feels like a nice string of progression and I am very chuffed for the team. They gave me a fantastic car, which helped me to look after those tyres, and make them last the race on a difficult track like Silverstone where tyres are an issue.

“To come away with my first win in the Formula 2 Championship after having my first podium last weekend, makes me extremely motivated and extremely happy and I am very much looking forward to the rest of the season.”

Hitech GP will return to Silverstone this weekend in Round 6 of the 2020 FIA Formula 2 Championship, with hopes to repeat this success.