The 2020 FIA Formula 2 Championship headed to Italy over the weekend in Monza, marking Round 8 of the FIA F2 Championship. The team scored more silverware in their fifth podium of their debut season, with Ghiotto taking P2 in the Feature Race on home soil – the Italian driver’s third F2 podium this season.

Qualifying at the Temple of Speed

Setting the pace around the iconic Temple of Speed, Ghiotto sealed the time sheets in P3, whilst Mazepin slotted into the final ten in P6. The qualifying positions locked the grid for the team in the Feature Race on Saturday. 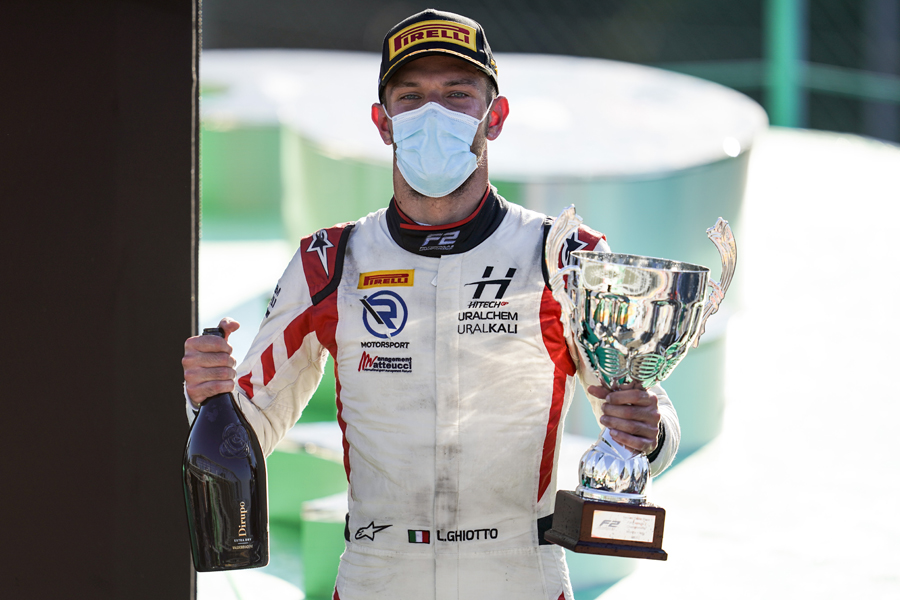 Starting P3, Ghiotto put on an expert defence during the Feature Race, to take second place in his home race. The Italian driver scored a wealth of points in his 3rd podium of the season, whilst taking points for the fastest lap. Due to a mechanical issue, Mazepin was forced to retire from the race, but had his sights firmly set on making further gains in Sundays Sprint Race.

Mazepin put on a solid performance from P22 on the grid to finish the race P9, which later became P8 due to a contender being disqualified. The 21-year-old Russian drove a clean race to claim a points-paying position for the team and add to his championship standings. Ghiotto crossed the line in P15 after having to pit during the race, due to damage on the front wing after contact from another driver.

Hitech will head to Mugello in Italy this weekend for Round 9 of the revised FIA Formula 2 Championship.